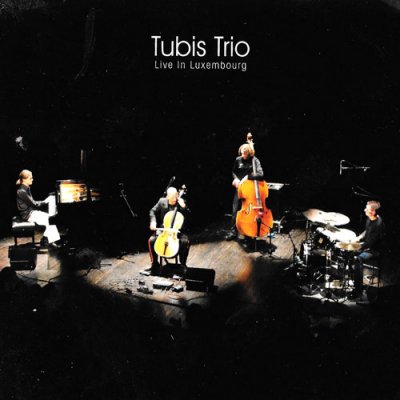 Recorded live on September 25th, 2008, at the Robert Krieps Hall (Abbaye de Neumünster) in Luxembourg in the frame of Polish Culture Festival.

The most promising young Polish band, Tubis Trio, has been receiving universally enthusiastic reviews. It is compared to the Swedish e.s.t. trio, not only because it constitutes an exceptionally harmonious combo which has been co-operating for years. The musicians have created a single organism and each of them is equal as a creator of the sound, surprising with references to various musical styles and dragging the listeners into a musical show.. The trio made its debut with a CD recorded in the famous Robert Krieps hall in Luxembourg, often played in by famous performers. “The acoustic conditions there were excellent and even though initially we just wanted to capture the concert to be able to listen to it ourselves, the recording was of such high technical quality that we decided to make it our CD debut.” This album surprises the listeners with a clear vision of music evolving under the influence of the ambience of the moment. The improvisations are full of creative joy and of desire to share the new music with the audience. “Live In Luxembourg” was considered one of the world’s best jazz albums of the year 2009 by the British Jazzwise magazine